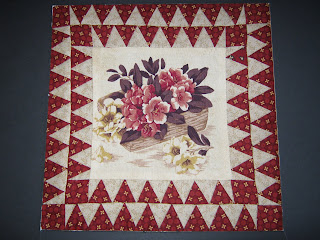 I finished another MQ block this morning.

As I was sewing on the last row of triangles I noticed one little triangle was from a different fabric!! I have no idea how that happened! That little triangle is staying there!

The next block I will be making is a triple Irish chain.....wish me luck!

I had a bit of waiting outside home this week so I took hand sewing with me.
I managed to get 2 more JC blocks finished too.


Here a couple of photos from my garden. 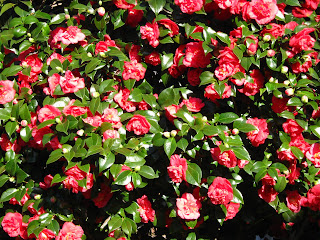 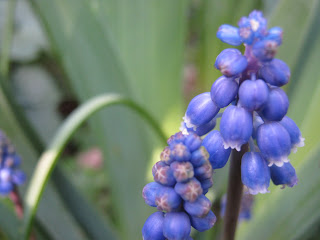 I went for another beach walk this week. This walk lasted a very short time; it was blowing a gale and freezing!!! You can see the foam on the sand from the waves breaking on the beach.
This beach is on the other side of the peninsula from the beach photos in my last post.
The bathing boxes are found on several beaches around the bay. 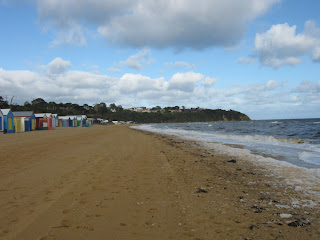 One Flower Wednesday and a beach walk. 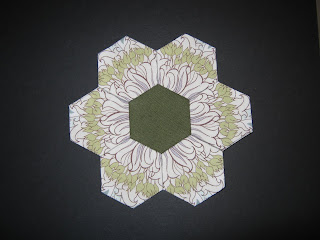 
Yesterday I went for a walk on the beach with my daughter and her dog. 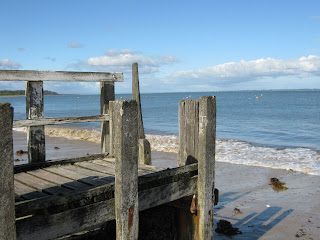 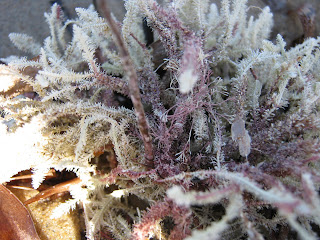 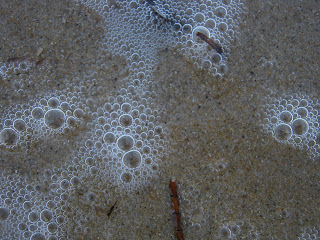 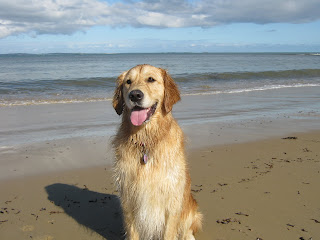 Thank you to everyone who read my last post, especially to those who left a comment or sent and email.
Thank you for all your kind words and thank you for spreading the message.
If one life is saved, the message has worked.

On a happy note, it is Ranette's birthday today!! Go over to Ranette's blog and wish her a Happy Birthday!!!!!
Posted by Miriam at 10:17 PM 17 comments:

Today's post is quite different from all the others I have written since it is of a personal nature.

Below are 2 links. The first is from a local radio station here in Melbourne and contains video of an interview with a young football player and a TV message about road safety.

The second link is a newspaper story about the same young man.

The story is a very serious one. It may upset you.

It is about a young man who was involved a fatal road crash several years ago.

Here in Victoria, in an attempt to reduce the road toll, there has been a series of advertising campaigns designed to shock.


And shock they do!


The day that crash happened was my daughter's 13th birthday. At the time I also had 2 sons aged 15 and 17. The 17 year old was about to start learning to drive. I still remember that crash because of the age of the boys involved and the ages of my sons.

Little did I know that less than seven years later my eldest son would be killed on the road.

Road safety is not just a TV advertisement or a billboard, it is up to us.


Give your children an extra hug. There is nothing more precious than our children.
Posted by Miriam at 2:07 PM 21 comments: 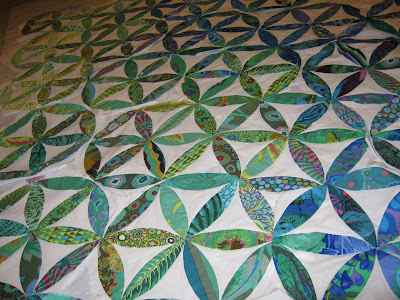 Joseph's Coat is growing! None of the blocks are joined together yet and 3 or 4 blocks are only pinned at the moment, but I am getting closer to finishing. Tomorrow I have another class with Kellie and I hope to find out how to join all the rows together. I think I will stop at 7 by 5 blocks instead of the 7 by 7 in Kellie's pattern. I have graded the blues and greens to lighter colours in the corners and along the edges and I think I will lose the effect of the colours I am after if I add 2 more rows.

This quilt is my first working with Kaffe Fassett fabrics. I have loved fussy cutting and sewing with these bright fabrics. 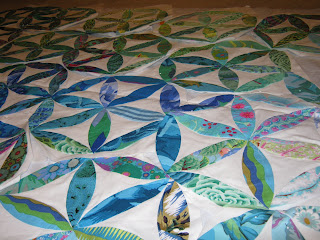 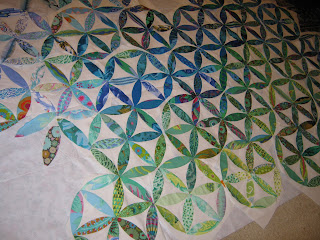 Below is my hexie flower for this week. I haven't used my camera to take photos after dark before and I am quite happy with how it turned out. 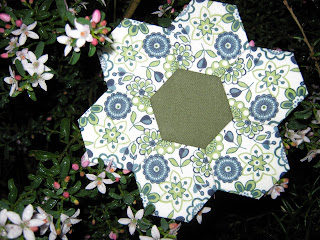 The plant my hexie is resting in is another Australian native. The Bendigo Waxflower grows mostly in the South East corner of the country.

Below is a close up shot I took earlier in the day. 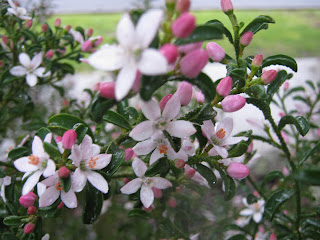 I have (almost!) completed block 2 of Tail Feathers. The appliqued bird still needs a beak and an eye. I am going to sew on tiny beads for the eyes when I have finished all the blocks. 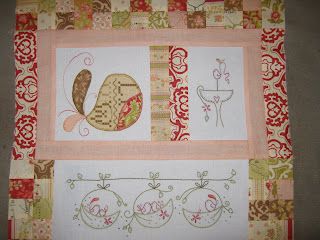 We have had lots of lovely, steady rain again this afternoon. We expect more over the next week. 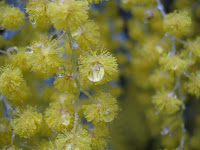 Have a great week everyone. I hope you all get lots of sewing time!
Posted by Miriam at 10:01 PM 28 comments:

Morrell block 41 and a flower 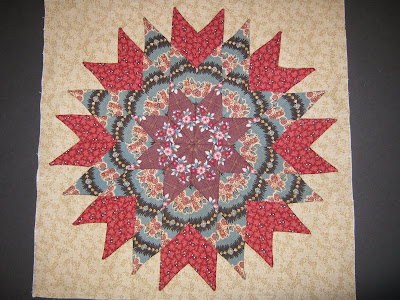 Block 41 is finished! I hand pieced the small diamonds then appliqued the pieced block to the background. Another pieced block is next.


A sign that Spring is on its way. Our Cootamundra wattle is in flower already. The darker spots on the centre of the flower are rain drops. We have had several hours of steady, light rain this afternoon and evening. Beautiful for the garden. :) 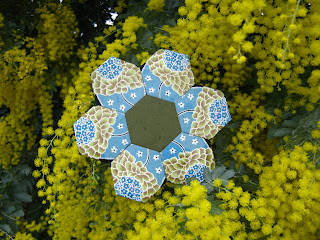 I am slowly working on Tail Feathers block 2. I hope to get it finished before the end of the weekend.

I finished one more block for Josephs Coat too. Next post I will include a photo of my JC progress.

Thank you everyone for all the lovely comments I have been getting recently. I appreciate every one of them. :)
Posted by Miriam at 9:31 PM 22 comments:

Miriam
I am a wife and Mum and an avid quilter. I love sewing, knitting, crochet, beading, smocking and learning any new techniques.